Whether you’re a big fan of remixes or not, you really have to give credit to just how quickly cover artists can jump on an original masterpiece and produce something completely new. Just the other day, a young sheila trying to have her bedtime postponed grabbed a guitar and tore up the fretboard to craft a little ditty that’s sure to be a timeless classic. Yeah, nah, you might have heard Jolee Dunn’s inspired piece What’s Inside Your Butthole, but you probably haven’t heard all of the remixes…

Anyway, little Jolee went viral the other day when her parents shared her absolute banger of a tune. Apparently, she wasn’t too keen on bedtime, and in a moment of creative revelation, she snatched up the guitar and wowed her parents with an off-the-cuff bit of genius. 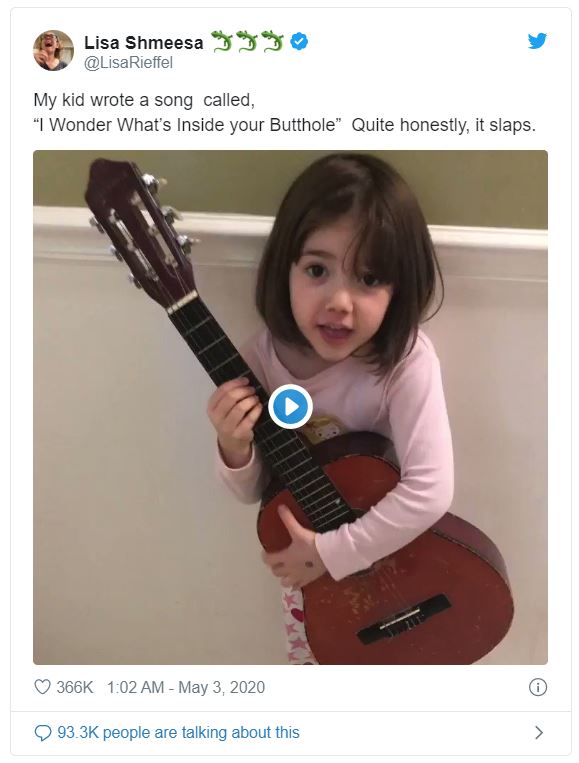 As you can see, it’s a f**ken ballsnorter that’s sure to hit the clubs and have everyone going f**ken mental. And that’s probably why loads of covers have started popping up online. We’re not gonna give you a full rundown of them here, but we’ve posted a couple to keep you busy. 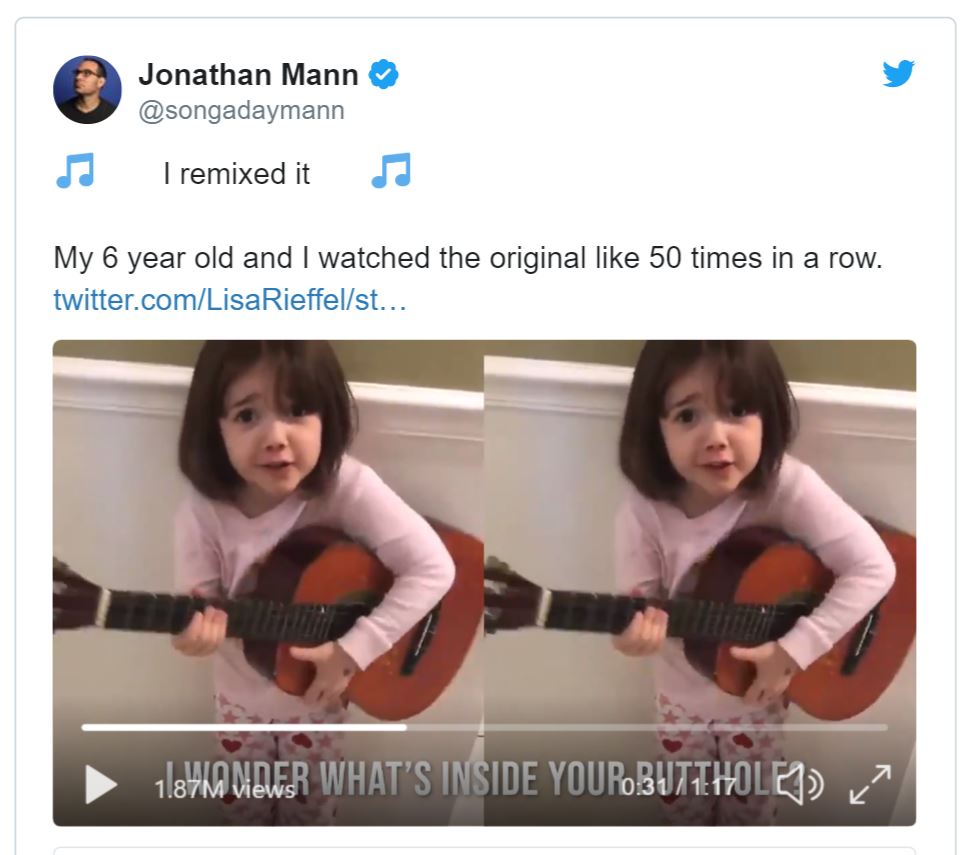 Getting back to Jolee’s own inspiration, her mum reckons, “If I recall correctly, this song was a stall-tactic-type diversion to attempt staying up later. The one leg pushed up on the PJs are a tell-tale indicator that she’s at the end of the line, way past bedtime, and really needs to sleep.”

Still, while that’s fair enough, some of the best creative endeavours have come from sleep-deprived people. Maybe Jolee’s song is set for big, big things. Not that she cares. According to her Mum, “Jolee will ponder that for a moment, then ask, ‘Did Doja Cat see it?’ which is her only barometer for fame.” 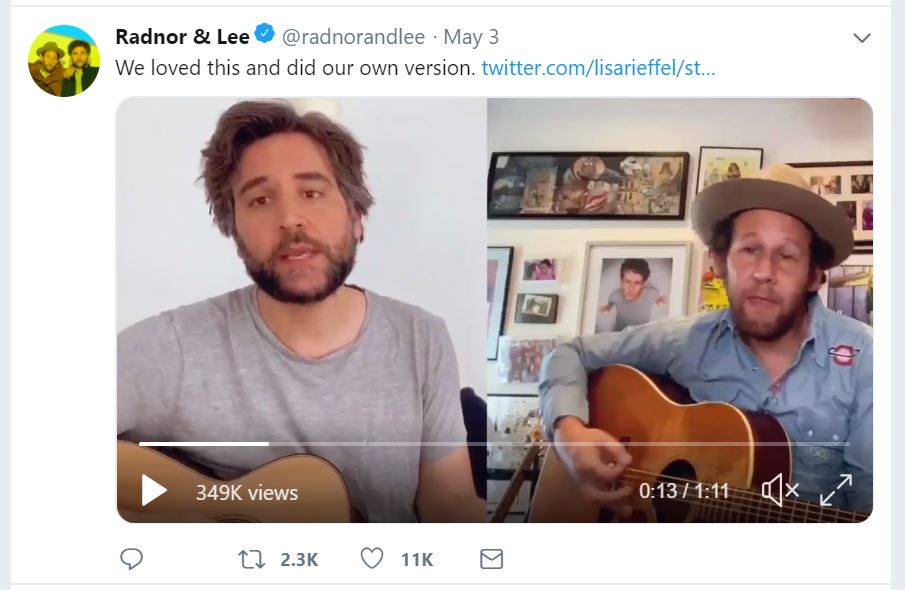 As for these remixes, you’ve gotta love the way these people have jumped on an 8-year-old’s song and turned it into something that’ll probably live online for a while yet. Let’s just hope Jolee’s getting some royalties, though. After all, it’s not like she’s old enough to tour in support of the smash hit.

Final thought: You’ve gotta love that the kid clearly has a bit of a passion for music. Her mum’s shared other videos of Jolee’s improvised songs, and this one isn’t her first. Still, it’s her biggest hit to date. Let’s just hope the fame doesn’t go to her head.

My kid wrote a song called,
“I Wonder What’s Inside your Butthole” Quite honestly, it slaps. pic.twitter.com/A65m6XeZ2r

By Chuck Steinway 3 days ago

The world of the rich, famous, and self-obsessed is a f**ken weird one. Yeah, nah, don’t give us that look, it is…it really is. One of the things that goes with being a world-renowned star is people loving your s**t, ...

Wheatus have shared the backstory behind cult hit ‘Teenage Dirtbag’

By Chuck Steinway 1 month ago

While we’ve heard it wasn’t as much of an instant hit back in the US as it was here in Oz, we reckon that you're probably familiar with the Wheatus song Teenage Dirtbag. Yeah, nah, that one was pretty f**ken big here ...

By Chuck Steinway 2 months ago

Look, in recent years there’s a pretty big push to act sensationally when festivals f**k up. As we’ve covered plenty of that ground in the past, we won’t go into too much detail, but from the looks of things, the Revo...

By Chuck Steinway 4 months ago

Look, we’re not gonna lie to you here, and you know that, but despite what you might think about our vast knowledge of the world, we’re pretty short on info when it comes to figure skating. Don’t get us wrong, we’ve s...

Metallica supply street performer with new kit after his drums are stolen!

By Chuck Steinway 5 months ago

Bloody Metallica are probably the biggest metal band ever to exist. They are loved by f**ken millions of people, and they’ve been touring the world, rocking audiences for over forty years. With all that in mind, it’s ...

By Chuck Steinway 5 months ago

We often say this here at Ozzy Man Reviews, but we’re not here to judge anyone. Yeah, nah, we’re not here to shame either. We like to give everyone a fair go. Having said that, we sometimes come across headlines that ...